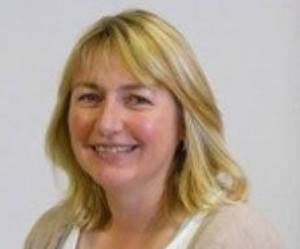 Coronavirus might be dominating the headlines but investor advocates are urging landlords not to forget about the threat posed by the proposed reforms to tenancy law.

One of the reforms proposed is the removal of a landlord’s right to use “no cause” terminations to end a periodic tenancy agreement.

While there are a host of other reforms proposed, it is these two proposals which are of the most concern to rental property owners nationwide.

Investor groups and advocates are mobilising to fight the proposed reforms and to encourage as many affected people as possible to speak up about their concerns about them.

NZ Property Investor Federation (NZPIF) executive officer Sharon Cullwick says the current focus on the coronavirus outbreak, and responses to it, won’t slow the process of the Residential Tenancies Amendment Bill, which contains the reforms,

She says the government has made it clear that they want to push the legislation through before the election, which is currently scheduled for September 19.

The NZPIF is staunchly opposed to the planned removal of “no cause” terminations and the requirement for periodic tenancy agreements to become fixed term agreements.

Cullwick says the reforms do not fairly balance the rights and obligations of tenants and landlords, rather they tip the balance firmly in favour of tenants.

“We need to get all landlords, and others, behind us and our battle against the planned reforms. It’s hugely important as they will have a major impact on people, and not just landlords.”

To this end, the NZPIF launched a petition against the reforms last weekend. In the five days since, over 3,100 people have signed.

Cullwick is urging anybody who is concerned about the reforms – and that’s not just landlords with a recent REINZ survey showing 45% of tenants are opposed to the removal of the “no cause” notice – to sign the petition here.

Along with other property investor associations and groups around the country, the Auckland Property Investor Association (APIA) is also extremely worried about the proposed reforms.

APIA president Andrew Bruce says that, when it comes to rental property issues, he is currently more concerned about the proposed reforms than he is about the coronavirus situation.

“People don’t realise how much of a mission it will be to follow the new processes to evict a problem tenant or even to follow up on rent arrears,” he says.

“It is not just about getting rid of the 90-day notice it is about maintaining control over a property. We believe the Bill proposed to introduce sweeping changes that will significantly impact on the business of landlording.”

APIA is also encouraging anyone concerned about the proposed reforms to get involved in the battle against them. They suggest that people make a submission, sign the NZPIF petition, write letters to their local MP and neighbours of all tenants, and also “spread the word” about what the changes would mean.

Submissions on the Bill ,which is currently being considered by the Social Services and Community Select Committee, are open until next Wednesday, March 25. It is possible to make a submission here.

*It is possible to read the full content of the Bill here.

Removal of “no cause” notice opposed by 45% of tenants

On the brink of a crisis