What coronavirus means for property investors 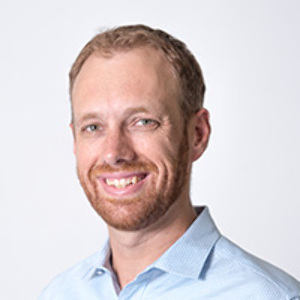 Welcome to Fortress New Zealand. The coronavirus crisis means that strict travel bans are now in force and a recession is expected. So what does that mean for property investors going forward?

As more extreme public health measures are enacted in a bid to contain the spread of coronavirus, the economic impacts are increasing and getting more severe.

Certain industries, like tourism and hospitality, are already suffering and economists are predicting a significant economic downturn.

To date, the housing market has continued along its resurgent path, with the February data providing a bright spot in the economic gloom.

But the situation is evolving extremely rapidly, and this morning the Reserve Bank slashed the OCR by 50 basis points to a new record low of 0.25% to provide monetary stimulus to the economy.

So where does this all leave the outlook for the housing market – and property investors?

CoreLogic senior property economist Kelvin Davidson says there are many different elements in the mix, but he is not hugely pessimistic about the outlook for the housing market.

That’s because the ongoing drivers of limited supply and strong demand remain at play so while an economic downturn might reign in the current exuberance of the housing market, it’s unlikely to cause it to crash.

“We’ll see a bit of a hit to market activity, with auctions and open homes likely to see reduced numbers. Sales volumes might drop and sellers might also hold back, which could mean fewer listings. But, even so, I doubt that house prices will fall very far.”

The Reserve Bank’s cut will help keep interest rates low, with the big five banks all committing to passing on the rate cuts, so the cost of borrowing remains attractive, Davidson says.

“Banks are likely to stick to tough servicing criteria for mortgages so borrowers will have to jump through hoops to get the lending. But if you can satisfy their requirements, there is money there to borrow and at a lower cost.”

Given the recent volatility of the share market, for investors on the search for yield property could well represent a safe asset haven, he says.

“In times of uncertainty, people tend to look to the familiar and for New Zealanders that is property, which is a trusted asset.

“The upshot is that many market participants will sit tight for a while, but the market will keep ticking over at a more modest pace.”

For IFindProperty’s Nick Gentle, it’s early days yet but he doesn’t believe a coronavirus prompted recession will be as bad as that of the GFC which involved the fundamental failure of the banking system.

This morning’s Reserve Bank’s OCR cut and its announcement that it will be putting its planned bank capital requirements on hold for a year will help the situation, he says.

“When it comes to property, I think many people will sit on their hands for a bit and the housing market will flatten out for a while.

“But, in the GFC, house prices did drop a bit and there were few people in the auction room. So if something similar happens this time round, investors who stay active will probably be able to do quite well.”

As an investor himself, Gentle says he has a 50% LVR across his portfolio, is in a positive cash flow situation, has his properties rented at market rate and has sufficient cash reserves to tide him over in the event of vacancies.

“That means I feel I can get out and buy. But people with investment properties which aren’t cash flow positive and/or are under-rented, if they lose their job and only have enough to cover them for a few weeks, they could run into problems.”

People with investment properties on Airbnb could also run into problems pretty quickly as tourism dries up in response to the travel ban, he adds.

“Not only are some Airbnb rentals no longer suitable for the traditional rental market, but some owners will be wary of putting them back into the traditional market because of the looming tenancy law reforms which would make it hard to get tenants out to go back to Airbnb.

“If Airbnb rentals do go back into the traditional rental market, it will help out with the existing shortages there though.”

NZ Property Investor Federation executive officer Sharon Cullwick agrees that it’s hard to predict how the situation will unfold, but she too didn’t have a particularly negative outlook for the market.

She says some people, particularly in hard hit industries could run into problems, but there could also be opportunities for investors.

“One outcome could be an increase in the amount of housing stock on the market as some people start selling up their second houses, or properties that were on Airbnb.”

At this stage, the NZPIF remains more concerned about the potential impact of the Government’s proposed tenancy law reforms – particularly the proposal to remove a landlord’s right to use “no cause” terminations to end periodic tenancy agreement.

Likewise, Auckland Property Investor Association president Andrew Bruce is currently more worried about the proposed tenancy law reforms than he is about the coronavirus situation.

He says the biggest risk revolves around what the banks do. “Will they genuinely do what they say there are going to do and be supportive of business or will they start to get tougher on criteria and impose new requirements?”

There could be some risks with tenants, if they work in coronavirus affected industries, and rents, Bruce says. “So that’s something to be aware of and to keep a close eye on.

“In practical terms, if someone is in self-isolation that could impact on property management activities like inspections. But you’d hope that insurers would show a bit of flexibility in a situation where someone was in self-isolation and a quarterly inspection was scheduled.”

Overall, he’s certainly not overly pessimistic about the housing market going forward. “For investors, who are cash flow positive and well-structured, there shouldn’t be too many problems.”